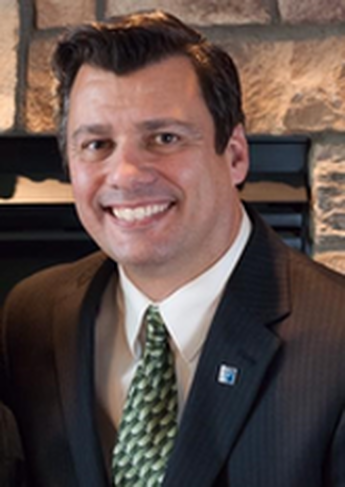 Tom Downing- President
​
​​Tom has been a full-time Realtor since 2003 and is proud to be part of the #1 Independent Real Estate firm in Colorado Springs, The Platinum Group, REALTORS! Tom is an Accredited Buyer’s Representative (ABR), Certified Distressed Property Expert (CDPE), and Quality Service Certified QSC. He takes the time to really understand his clients’ needs and goals and works, to educate them as part of the process of finding them a home.  His confidence and capability puts his clients at ease. Customer service is his first priority. He enjoys spending time with his clients, often developing long-term friendships with them.
Tom graduated from Wayland Baptist University with a Bachelors Degree in Business Administration. He also completed his Master’s Degree in Organizational Management from the University of Phoenix.  Tom served as a fire fighter in the Air Force for twenty years, and moved several times so he is an expert in helping people with their relocations!
In 1997, Tom moved to Colorado Springs with his beautiful wife Lacene of twenty five years and their two children.  He is community servant as he is active with the Lions Club, Softball, and was the President of the School Board for Fountain Fort Carson School District Eight for 8 years. 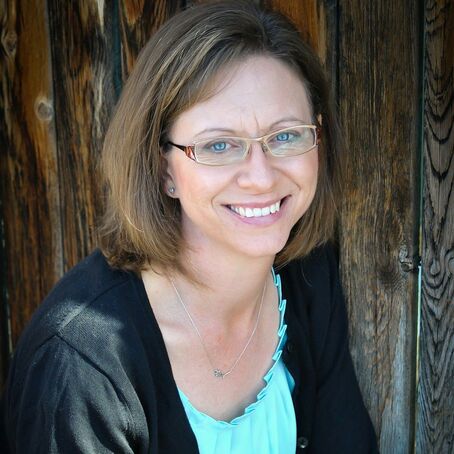 Traci Kinnischtzke - Vice President
​
Traci is a full time Realtor and Broker Associate specializing in residential and rural properties servicing the Colorado Springs, Fountain and Pueblo areas.  Before entering Real Estate, Traci was a loan processor and legal secretary and held various volunteer positions within the Fountain Valley community and church. Traci currently holds the title of Vice President with the Fountain Valley Chamber of Commerce and is the former President of the Jordahl PTO.  She has been married for over 25 years, has 4 children and enjoys being an active member of the community.  Some of her favorite hobbies are cooking, gardening and enjoying all the Pikes Peak Region has to offer!​ 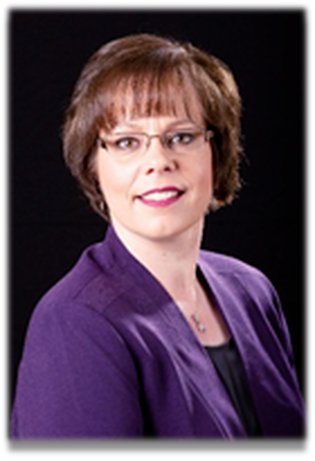 Tina Gauvin - Director of Plans & Operations
​
Tina was born and raised in New Brunswick, Canada and is fluent in French. She graduated high school and pursued her studies at IFP, Montreal, Quebec for certified pharmacy technician. She also studies at The Community College of Bathurst for Long term care facility certification. She was also an intern at a local funeral home.
A little over a decade ago, she moved to Colorado Springs, Colorado and continued her education and obtained her Certified Nursing Assistant, multiple Alzheimer’s Association trainings, Administrator for Assisted living, and Gerontology certification from UCCS.
Her position with The Springs Funeral Services is multi-level due to many years in the funeral service business.  Her title Community Outreach, etc…has a grand impact in our community. Tina serves on the membership committee for the Southern Colorado Women’s Chamber of Commerce, she is also director of Plans & Operation for the Fountain Valley Chamber and is active in multiple community networking groups and vendor events.​
Tina has two children; and her husband is retired from the U.S. Army.  She also enjoys spending time with her family, the great outdoors, networking, hockey and reading.
With a passion for serving families in different venues of work through her life, she is an asset to our team. 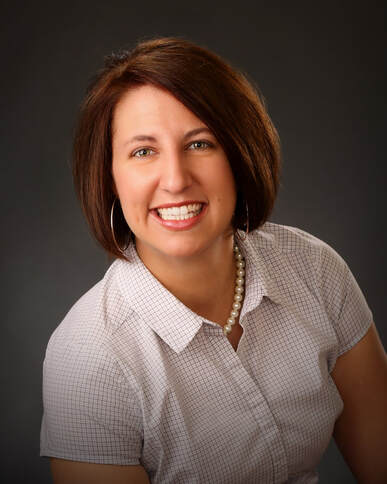 Christy McGee - Director of Logistics & Communications
​
Public relations, public participation, social media, and all aspects of generating audience engagement are a passion of Christy! With her education and background, Christy McGee has flourished exploring and cultivating relationships on behalf of public education in Colorado.
Currently, Christy is the Director of Communications for Fountain-Fort Carson School District 8, which serves a majority of the City of Fountain as well as the Fort Carson military installation. Christy leads the internal and external communications, community outreach and partnership, events, and website management of the district. Prior to that, Christy spent over nine years acquiring a deep knowledge of school communications working for Mesa County Valley School District 51 in Grand Junction, CO. Over the past 12 years, Christy has been a member and served on leadership teams for local and statewide communication associations, including the Colorado School Public Relations Association and the Pikes Peak chapter of PRSA. She has been a member of the Fountain Valley Chamber of Commerce Board since November 2018 and holds the position of Director of Logistics and Communications.
Christy earned her APR (Accreditation in Public Relations) in 2011. She holds a Bachelor of Arts in Communications and Sociology from Regis University. 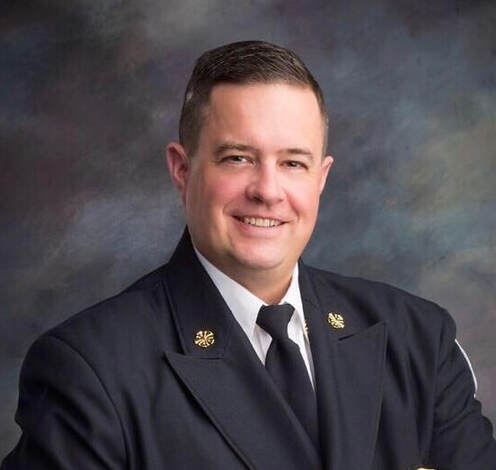 James Maxon - Board Member
Chief Maxon has served the Fire Service for 27-years and was appointed in March 2019 to lead the Fountain Fire Department. He is responsible for overall strategic leadership to ensure the department is well positioned to provide the best service to the citizens and visitors of the community. To accomplish this the Chief leads 72 volunteer and career members assigned to three fire stations providing a broad range of fire and emergency services to the community.​

He has experience in initiating changes in department staffing and deployment, strategic planning, organizational culture, the department’s community-focused mission, personnel development, and a volunteer incentive program. Chief Maxon is a graduate of the Executive Fire Officer Program (EFO) at the National Fire Academy. Has been designated as a Chief Fire Officer (CFO) by the Center for Public Safety Excellence. He has a Masters Degree in Public Administration (MPA) from the University of New Mexico, a Bachelors Degree in Business Management, and an Associates Degree in Fire Science. He was awarded a Lifetime Achievement Award by the Sandoval County Commission in 2018 and was named New Mexico Fire Officer of the Year in 2012.  Chief Maxon served as the Chair for the Board of Trustees for the New Mexico Public Employees Retirement Association (PERA) in 2018. PERA serves 90,000 members and manages a $15 billion dollar fund. He currently serves on the International Association of Fire Chiefs (IAFC) Program Planning Committee for Fire Rescue International, and previously served on the IAFC Elections Committee, and the Fire Service Membership Council for the International Code Council.
Chief Maxon previously served as the Fire Chief (2012-2019) and Deputy Fire Chief (2006-2012) for the Sandoval County Fire Department that covers 3,700 square miles through 20 fire stations and 280 members. Chief Maxon previously served with the Mexico State Fire Marshal Office. During his tenure at the State Fire Marshal Office he conducted over 500 fire investigations and has been admitted as a fire origin and cause expert in both New Mexico and Colorado District Court. He has been successful in securing numerous convictions for arson related cases. Chief Maxon started his career as a volunteer firefighter with Hondo Fire and Rescue in 1992 in Santa Fe County where he served until 1997. He entered the U.S. Air Force in 1994 and attended the 16-week Department of Defense Fire Academy graduating as number one in his class. He was assigned to Kirtland AFB where he provided crash rescue to Albuquerque International Airport, was a member of the Haz-Mat team, and provided structural fire response. He obtained the rank of company officer at age 20. He was named Airman of the year in 1995 for Kirtland AFB 377 CEG and nominated for the Top Twelve Airman in the Air Force Award.
In 1999 at age 24 he approached the Santa Fe Community College Board about the possibility of founding a fire science degree/training program for area firefighters. The Board approved the program and Chief Maxon spent several years developing and instructing courses. Today, the program has become part of the Public Safety Institute. Chief Maxon was a member of the original committee at the National Fire Academy that formed a model curriculum (known as FESHE) for an Associate's Degree in Fire Science in 1999. The degree program is now in use throughout the United States. 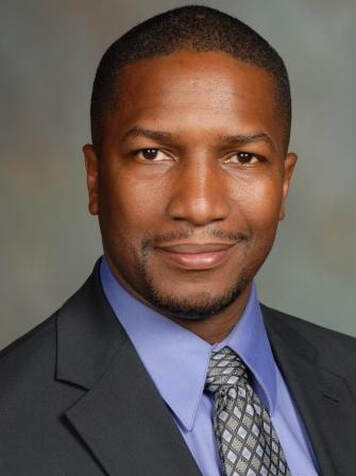 James Flowers - Ambassador Program Manager
​
Mr. James Flowers is a loving husband to Shunna Flowers and father of 3 children.  Mr. Flowers is a retired Army Combat veteran of 23 years. After serving in the Army he became an International Trainer for the US Army SHARP Program (Sexual Harassment and Assault ResponseProgram). He is an Elder at Harvest Time Redeeming Ministry.  Mr. Flowers has been running his company LegalShield. since 2012. LegalShield provides high quality legal assistance, legal advice and Identity theft protection for individuals, their family and business, while maintaining an A+ rating with the Colorado Springs Better
Business Bureau. In conjunction with his Legalshield business he is also the owner of DJ Shield LLC, President of COS OLD SCHOOL DJS, VP of Colorado Springs Black Business Network and Entrepreneur of the Year for the Business Women’s Network, in Pueblo CO. Mr. Flowers credits his motivation and success to his faith in GOD, support of his wife, love of his kids and having his mom believe and push him.
Favorite quote: Les Brown
‏To be successful, you must be willing to do the things today others won't do in order to have the things tomorrow others won't have. 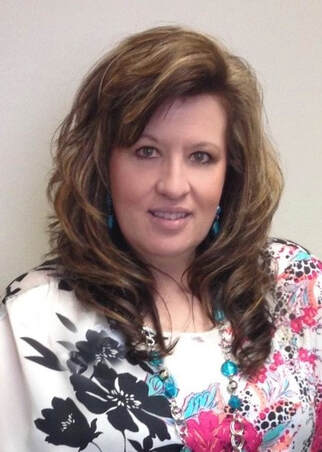 Angela Hoyle - Board Member
​
Angela Hoyle, a Colorado Native, is a business professional who dedicated 33 years to managing a large financial institution in Colorado Springs. During her professional career she assisted in branch acquisitions, peer review audits and creating a variety of manuals and policies to ensure efficiency and organization throughout 70 branches in 3 states.  Her integrity and professionalism earned her an abundance of awards and achievements throughout her career.
Angela has been active in the community and has volunteered numerous hours throughout the years with Care and Share, Junior Achievement, Easter Seals, Pikes Peak United Way, Shutters for Shelters, National Mill Dog Rescue, Fountain Chamber of Commerce and the Ft Carson Military.

Geof Clark - Board Member
​
​Geof has been a Chamber Board Member since 2015. He has been the Advertising Manager at the El Paso County and Fountain Valley News for the past 29 years.  Geof is originally from upstate New York attending SUNY Morrisville, NY and the University of Kansas. In 1988 Geof moved to the Fountain Valley area and has been an active member of the community ever since.
Treasurer

Board Member Application
The Board of Directors is traditionally made up of 9 to 11 board members. To inquire about openings on the 2019-2020 Board of Directors, contact our office. Please note, board member candidates must be a member of the Fountain Valley Chamber of Commerce in good standing. ​
Go Back